There was another quote - "A lie can travel halfway round the world while the truth is putting on its shoes" - but the attribution there isn't really to Mark Twain.  So there.

Spotted this on Hullabaloo, with Digby referring it from another blogger at Oz and Ends:


...To keep on top of urban myths of all kinds, I subscribe to the Snopes.com update list, and I noticed a pattern there that I thought deserved to be examined more arithmetically. It struck me I was seeing a lot more rumors about President Obama, and a lot more false rumors, than I remembered from earlier years. So I ran the numbers, as of this week. After eight years in the White House (with Snopes.com around all that time), George W. Bush has been the subject of 47 internet rumors. After less than two years in office, Barack Obama has been the subject of 87, or nearly twice as many.  Even more telling is the relative accuracy of those stories. For Bush, 20 rumors, or 43%, are true. Only 17, or 36%, are false. The remainder are of mixed veracity (4), undetermined (4), or unclassifiable (2).  In contrast, for Obama only 8 of the 87 rumors, or 9%, are true, and a whopping 59, or 68%, are whoppers. There are 16 of mixed veracity and 3 undetermined...
...This evidence accumulated over ten years shows a shameful but undeniable fact of American politics: our right wing now contains a lot more liars, and a lot more folks who spread lies out of gullibility or wishfulness, than our left wing...

This shouldn't be much of a shock.  And it's not much of a shock because it's been pretty obvious the last 10, scratch that the last 20 years the media has NOT been held accountable for poor journalism.  Almost no fact-checking.  And worst of all, clearly no desire to punish those they KEEP INVITING ONTO THEIR TALK SHOWS AND EDITORIAL PAGES when evidence has shown again and again those 'commentators' are really LIARS.

Because no one - not the talking heads in the media (and I am pointing the finger at you Rush and Glen and the rest of your buddies), not the politicians, not the business leaders, not anyone - gets held accountable for their slander and defamation and bullsh-t.

The First Amendment SHOULD NOT and DOES NOT defend the right to lie.  Lies destroy and distort.  Lies prevent people from being properly informed and educated.  Lies keep us from doing our jobs as best we could because without informed instruction we're going to screw up.  Lies kill.

We need to get back to punishing liars again.  We need to see more defamation and slander and libel cases in the courts.  We need a new law that directly holds elected officials and government workers at all levels whenever they attempt to make any distorted statement or outright lie.  The rest should attend to itself.
Posted by Paul W at 11:07 AM No comments:

I was going to say a lot of deep philosophical musings about the anti-incumbent and polarized intraparty strife that defined last night's primaries in Pennsylvania, Kentucky and Arkansas... 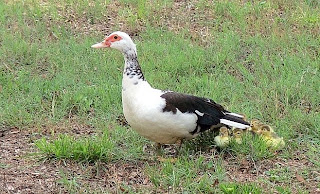 But then the mama duck across the street hatched her eggs this morning!  DUCKIES!!! 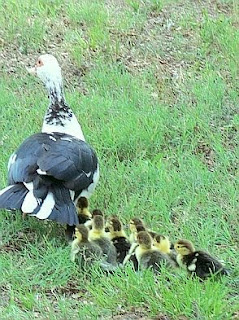 Email ThisBlogThis!Share to TwitterShare to FacebookShare to Pinterest
Labels: can we go to bed now, duckies

And though the holes were rather small /
I had to count them all /
Now they know how many holes it takes /
To fill Ruth Eckard Hall /
I'd Love To Turn Your iPad On........

Okay, enough with the silliness, here's some updating I need to highlight:

A Librarian-Writer-Pirate-Wannabe Looks Back at 40

And on this 40th birthday I can say only one thing:

Where the hell can I find a cute single woman - Age 25-35 with brunette hair, doesn't smoke, likes football and comic books, with knowledge of either A) European History B) American Politics or C) Paranormal (UFO and Ghosts) Studies - so I can date her and finally lose my goddamn virginity?!
Posted by Paul W at 5:40 PM No comments:

Greets to all who read this blog... um wherever you are.  It's Cinco De Mayo!

And on this day if you find any non-Hispanic Arizonians celebrating at a Tijuana Flats today, you have my permission to punch them repeatedly.
Posted by Paul W at 11:23 AM No comments: