This has got me - and about every veteran and soldiers' widows - a tad upset:


In what appears to be an election-year stunt that quickly backfired, an unidentified Republican senator on Thursday briefly blocked disabled veterans and their survivors from getting a cost-of-living adjustment to their benefits, according to Sen. Patty Murray (D-Wash.), chairman of the Senate Veterans Affairs Committee.

The Cost of Living Allowance (COLA) increase for Department of Veterans Affairs benefits, which typically passes the House and Senate without opposition, was cleared by Senate Democrats but placed on a “secret hold” Thursday by an unidentified Republican senator, Murray says.
Under Senate rules, a single senator is allowed to anonymously keep a bill from advancing toward a vote with what is called a “secret hold.” The senator in this case has not been identified.

The measure, HR 4114, which passed the House on July 9, provides a 1.9 percent increase in disability benefits for veterans and surviving spouses, matching the planned increase in Social Security benefits...


The Republicans in the Senate suddenly realized after the fact that they've just committed a massive screw-up and walked back the "secret hold."  But the damage has been done: the delay put on the bill keeps it from getting a vote done until after the general election on just that one day, meaning that the Senate has a very short window to get the bill before the President for signature and to get the checks going out to veterans and widows in time for the COLAs to kick in Jan 1, 2013.

I've raged before about Secret Holds and how destructive they are to the natural workings of democratic representation.  This is just one more piece of evidence: a much-needed bill getting out aid to those Americans who most need it and who have sacrificed most for it is now screwed up thanks to one Jerk-Ass Senator.

There is nothing in the U.S. Constitution that says a Senator or a group of Senators have this kind of power: even the filibuster system - itself a broken mess screwing up our ability to get things done - is codified and is governed by rules and checks.  The Secret Hold is a non-binding "gentleman's agreement" where the Senate Majority Leader agrees to a demand for a Hold on a bill or appointment for the sake of bipartisan comity.  Problem is, the holds are so clearly PARTISAN anymore that the whole idea of it being a bipartisan agreement is a joke, a parody of bipartisanship, and one that's not at all funny.

I hope to God someday someone files a lawsuit against Secret Holds.  They are clearly unconstitutional, they clearly invade the constitutional requirement of bicameral legislation (that means the two-house method of passing laws), and they are clearly wrong.

1) Whenever Congress closes its door to take either a vacation or leave to go on fund-raising campaigns, each member of Congress has to pay back to government the daily wages they earned when Congress was in session for each day that Congress is now not in session.
2) Any member of Congress pays back double if that member f-cking complains in public about "lazy" poor people living off the government dole.

Seriously.  We've had lazy Congresses before, but this session was downright obscene.  Gen-X Slackers could only aspire to the lackadaisical attitude of the 112th Congress.  Truman's nemesis Do-Nothing Congress of 1948 actually clocked in to do work compared to these snore-feasters.

And yet you get a good number of them - from a certain political side of the aisle that begins with R and ends in Can('t) - that rails against poor people living off of Medicare, Medicaid, Social Security, Food Stamps, college grants and loans, etc.  Not just poor people but their kids, the elderly, the unemployed, the underemployed, veterans... sheesh.

Time for Congress and all our political leaders to remember just who really is on the political dole.  THEY ARE.  GET TO WORK YOU BUMS.

Convention Is Over. Now Get Out There And REGISTER TO VOTE

GET TO WORK PEOPLE!  There's 330 million Americans out there and we need to get EVERY SINGLE U.S. CITIZEN who is over the age of 18 and not a convicted felon REGISTERED TO VOTE! 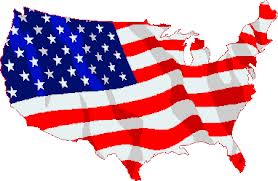 WE NEED EVERY AMERICAN VOTING!  You know why?  BECAUSE WE'RE AMERICANS GODDAMMIT THIS IS OUR COUNTRY AND OUR VOTE IS OUR POWER!

Let's GET THE VOTE OUT PEOPLE! November is only X number of days away!
Posted by Paul W at 10:39 AM No comments:

Email ThisBlogThis!Share to TwitterShare to FacebookShare to Pinterest
Labels: 2012, elections, get the vote out, voters rights

What To Expect From Obama's Convention Speech 2012

I didn't come up with a "What To Expect" for the Democrats' convention in Charlotte, mostly because I really did not know which approach they would take: offense (going after Romney/Ryan for being one-percenters obsessed with harsh tax cuts and even harsher spending cuts) or defense (trying to explain all the things Obama did do during his 3 1/2 years of being in the White House).

The possibility they would do both was there, but unlikely in my mind.  And it turns out I was well off-target.  For the most part it has been a healthy (or unhealthy depending on your POV) mix of speakers hitting at Romney's weak job-creation record and weak record supporting minorities and women, alongside speakers highlighting the accomplishments of Obama's administration on the steady economic rebuilding efforts.

Topped off by what has become an instant classic of a speech from former President Bill Clinton that both slammed Romney and the Republicans as well as promote Obama at the same time.

There's still a little time left here before Obama should be performing his acceptance speech at the convention, though, so I could take a moment here to take a few wild guesses to what Obama will say:


So, anybody ready for a DNC bounce of more than 5 points?
Posted by Paul W at 8:39 PM No comments: