When last we left our inept henchmen involved in trump's Ukraine extortion racket, they were stewing in U.S. custody offering to provide evidence of a large-scale effort by trump and his inner circle capos. Thing was, with trump's loyal Attorney General William Barr sitting on that evidence, it took the U.S. House Intelligence to get a court order for all that info dump handed over just last week.

This week, the information got out.

Lemme refer to my wiser and angrier fellow Floridian Betty Cracker via Balloon-Juice:

I was distracted last night with the debate and cooking dinner and arguing with my husband about the thermostat and having a glass or five of red wine because I was COLD, so I first started trying to make sense of the Parnas document dump this morning. I confess I am still agog...


She then refers to Charlie Pierce over at Esquire:

...As it turns out, Marie Yovanovich was even braver than she looked in front of the House Intelligence Committee. And, as it turns out, Speaker Nancy Pelosi really knows what she’s doing. At the end of the day on Tuesday, just as the Democratic presidential candidates were taking the stage in Des Moines and the president* was taking the stage in Milwaukee, the House Democrats unleashed the hounds. They dumped a whole truckload of ugly from the files of Lev Parnas, Rudy Giuliani’s great and good “associate” and, apparently, one of the great sleazebags of the western world.

Also released were a bunch of texts from a Trumper in Connecticut named Robert Hyde. He was in touch with Parnas, and there were text messages between the two in which Hyde seemed to indicate that, at the very least, Yovanovich was being monitored—which, I will grant you, sounds a bit grandiose coming from a landscaper from Connecticut. Nevertheless, this stuff is positively ominous...


Let's just take a moment to consider this tidbit: trump's low-level thugs were plotting to stalk a then-sitting U.S. Ambassador (Yovanovich) using dialog and ideas that suggest "hitting" her that at BEST points to physical assault, an act of terror, and maybe even killing her all because she was interfering with trump's attempts to withhold aid to Ukraine in exchange for Ukraine's help in defaming a potential 2020 political opponent (Joe Biden).

Not to mention "hitting" Yovanovich was seen as a favor to a former Ukrainian prosecutor Lutsenko so that Lutsenko would help trump dig up dirt on the Biden family (and maybe take care of Manafort's ongoing legal woes over there).

Back to Betty Cracker, who takes a moment to look at a newly-arrived player to the game in Robert Hyde, a Connecticut-based trump backer currently running for Congress and suddenly dealing with public revelations like this:

Here’s another bizarre fact in this thoroughly crazypants scenario: the Connecticut landscaper/hit-man purveyor was Baker Acted (involuntarily taken into custody by authorities under Florida law for a psych eval) at Trump’s Florida golf club last year... (EDITORS NOTE: OF COURSE Florida was going to get involved, dammit)

...What in the wide world of fuck? It’s tempting, if only for the sake of one’s own sanity, to surmise Hyde is just a random nutbag who wasn’t really commissioned by the president’s personal attorney to at least surveil — if not actually harm — a U.S. ambassador abroad. But, as in the case of Rudy Giuliani’s henchmen, including Parnas, there are tons of photos of Hyde with Trump, Trump Jr., Eric Trump, Ivanka, Giuliani, etc. Hyde has also donated tens of thousands of dollars to Trump and other Republicans. It seems to be a pattern, no?

Anyhoo, even aside from the increasingly alarming and accumulating evidence that Trump is running the federal government for his personal and political benefit via mafia-style shakedowns and intimidation tactics, the Parnas document dump blows multiple absurd impeachment defenses right out of the water...

Just an aside to the voters in Connecticut: Hyde can't handle his alcoholism. You've been warned.

Ever look at the bulletin board of a police or FBI office in them TV shows where there's an organizational flowchart of who's connected to whom and which way the orders flow down and the money flows up? This is what trump's inner circle is looking like, an army of Fredos with the top guy in trump being the most reckless Fredo of them all.

Everything about this story is horrifying. The casual way Giuliani abuses attorney-client privilege. The way the low-level handlers can get the trump family from Daddy to Junior to tweet out any message they want. The buying and selling of American integrity at one million dollars a chat.

And above all, the sobering reality that the ONLY WAY all of this criminal bullshit stops is if 100 million Americans say ENOUGH and show up this November to vote every Republican crook (hi, Moscow Mitch!) and every Republican enabler (hi, Lindsey!) out of office.

Update: Just BREAKING this morning, but Ukrainian prosecutors have announced that they WILL be investigating criminal activity... but they'll be investigating the trumpian lackeys who were illegally surveilling Ambassador Yovanovitch. Nations do have an obligation to uphold the safety and security of foreign representatives in the name of diplomacy, after all. And it's telling that they're willing to do this while our own State Department under Pompeo won't...

Email ThisBlogThis!Share to TwitterShare to FacebookShare to Pinterest
Labels: 2020, are we there yet papa smurf, Florida, republicans are crooks, russia, scandals, train wreck of the age of trump, Ukraine

Lev Parnas may be the Carter Page of Michael Cohens, but that doesn't mean he doesn't have any good evidence. 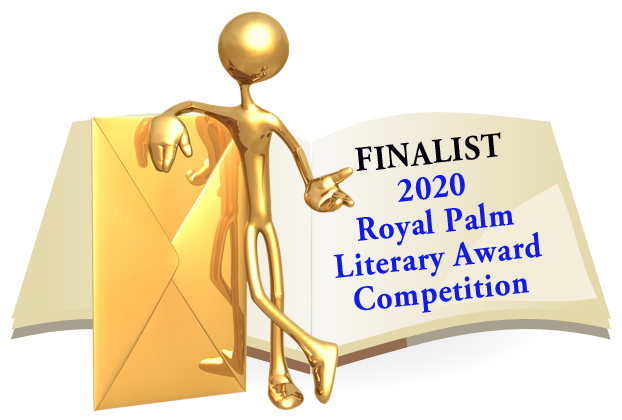